The event is spread across 17 venues in town: from CMS College High School at Chungom to Girideepam HSS, Kalathilpady. The full list is given below along with a custom Google Map.

The Venue number is in accordance with the Schedule.

Update: As per the revised schedule, Kalolsavam will start on Tuesday, 18th January.
The procession is postponed to the final day (23rd January).
The competitions that were scheduled for 17th January will be held on different days. Haven’t got the updated schedule as of now.
The revised timings of the postponed competition items are given below the image.
The registration will start on 17th January Morning, as planned earlier.
A simplified inaugural ceremony will be held on 18th Jan (Tuesday) morning at 8.30 8 am and competitions will start at 9.30 am at various stages according to the earlier schedule.

The programme schedule of Kerala School Kalolsavam is published.
Click the following image to open it in full-size and see the time and venue of each item. (See the list of venues and an interactive map of them.) 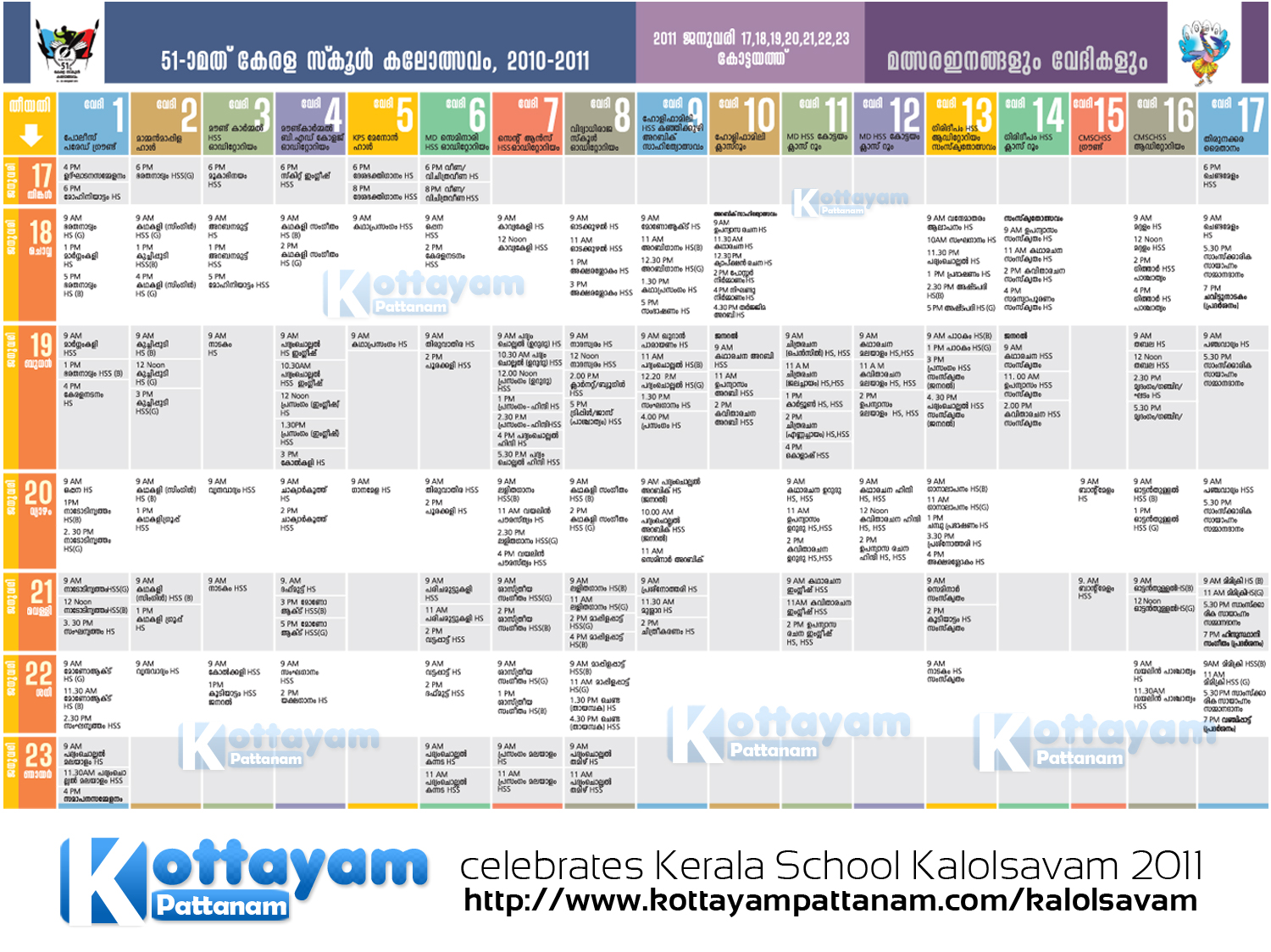 Please note that changes might be made in the above schedule by the programme committee. Always try to confirm the schedule, to be completely sure.

Details of competition items which were rescheduled

View the revised timings (PDF, from the official site)