2010 has been a starry season so far, with high-profile celebrities hitting town for inaugurations and grand openings. It’s been just two months & a couple of days into the new year but 7 film celebrities have already made appearances.

January 5
The first starry event of 2010 was Mammootty at the M.G. University Youth Festival.  A feverish Mammootty addressed the active youth at the Thirunakkara Maidan. 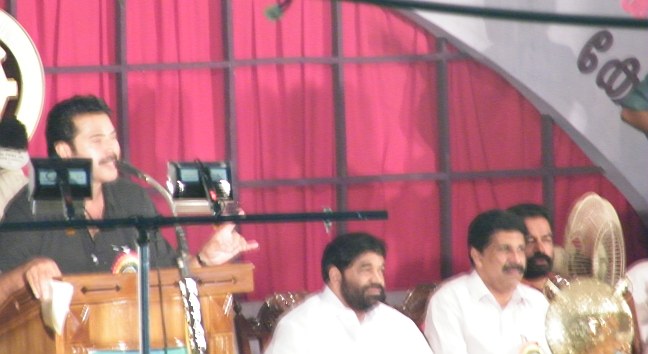 January 14-17
Then it was the flower show. Opening day featured Kunjacko Boban; Navya Nair and Suraj Venjaarammoodu in the next two days and Jyothirmayi on the final day.

February 14
It was then Mohanlal’s turn and there was the Malabar Gold Kottayam showroom opening. The event witnessed crowd in un-manageable sizes.
[Location: Baker Junction. Adjacent to Mangalam and Modern Diagnostic Centres. Opposite to AVG Motors.] 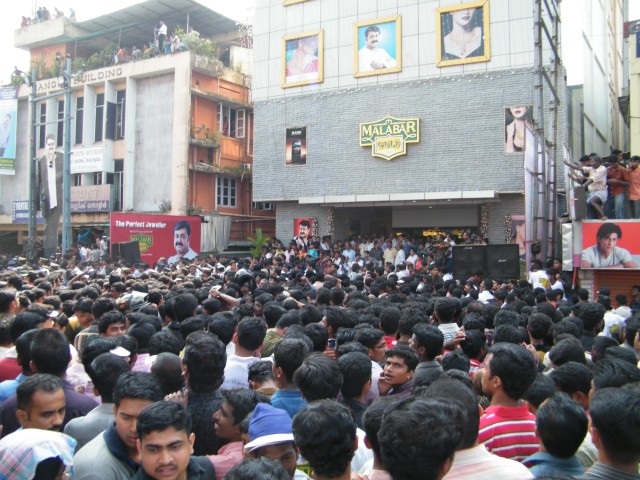 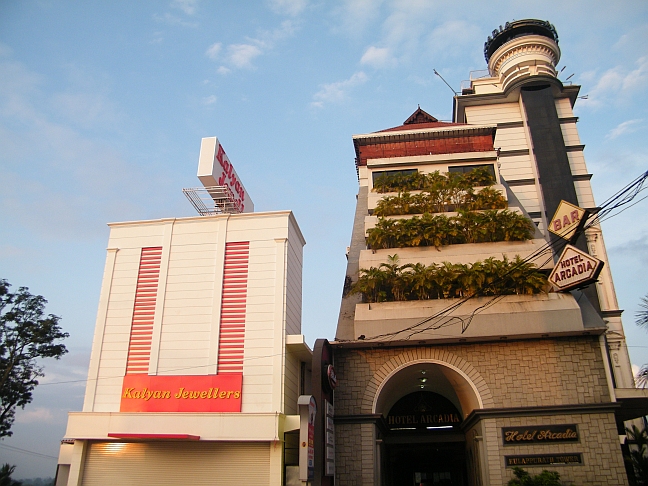 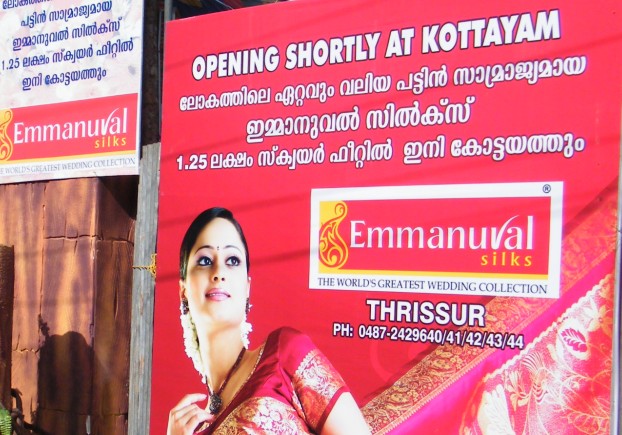 March 20
As tipped by Nitin in a comment below, the band from Kerala – Avial – will be performing live at RIT Pampady as part of their tech fest.

[Update: Kalyan Jewellers will be inaugurated on 7th March, 2010 by Dileep]
Watch the unofficial promo (45 seconds) we made. (Embedded below)

Kalyan Jewellers is to be opened at Kottayam sometime soon. The brand new showroom is right next to Hotel Arcadia, T.B. Road, close to KSRTC Bus Station, Kottayam.

The showroom structure appears to be ready-for-launch, but there is no confirmation regarding the interiors. It looks short, maybe because of the big guy Arcadia standing tall just by its side. If we are to consider the showroom design and decoration of their other branches it is to be presumed that there’s much more to be done. 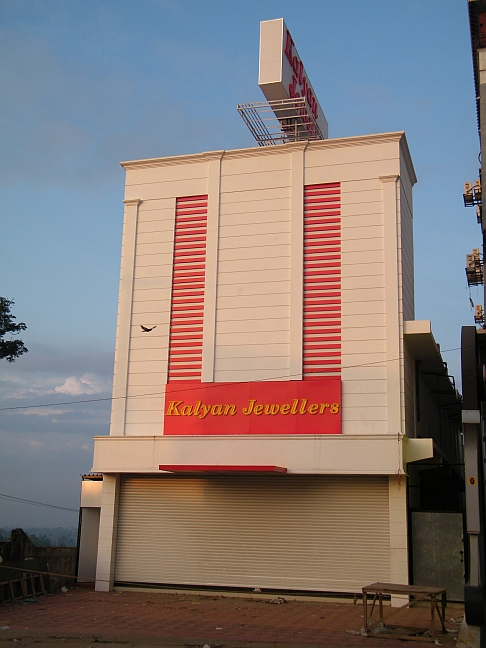 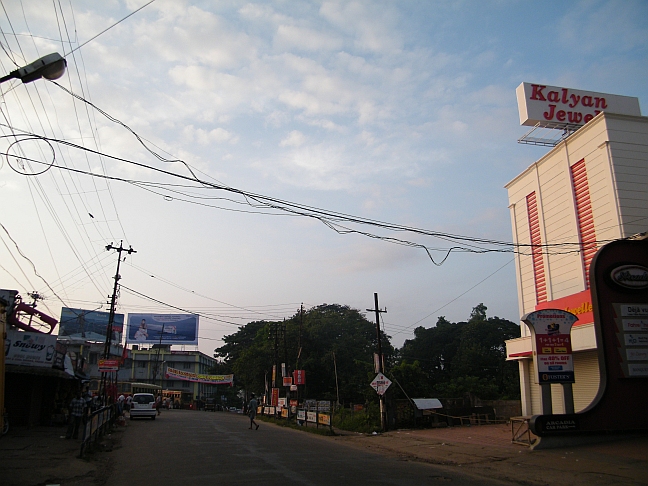